45-Day Return
Now reading: A Standard With and By Which to Reference – A Review of the HIFIMAN SUNDARA
PrevNext

This is a product review of the HIFIMAN Sundara, which is available for sale now on Apos.

When Mark over at HiFiMAN asked if I was interested in reviewing Sundara, my first thought was, “What the hell is Sundara?” But rather than seem ill-informed, I did some quick research. The first thing I learned was that it’s an update to the HE400, which I was never interested in. But then I started learning how it was different, with 80% thinner diaphragm, and all-around cutting edge technology and design. The more I read, the more excited I became. 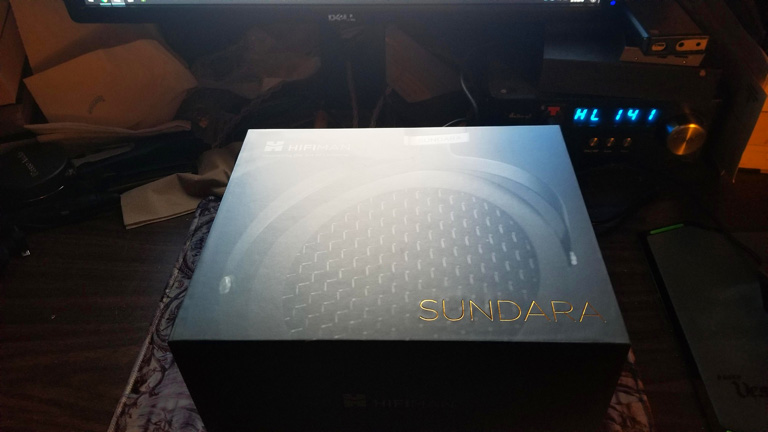 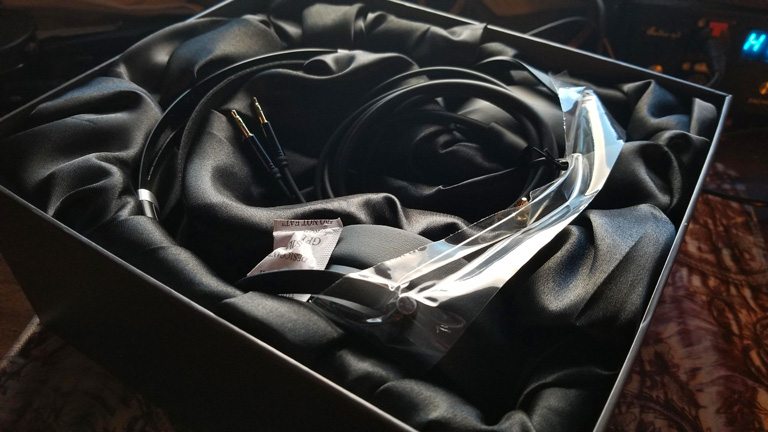 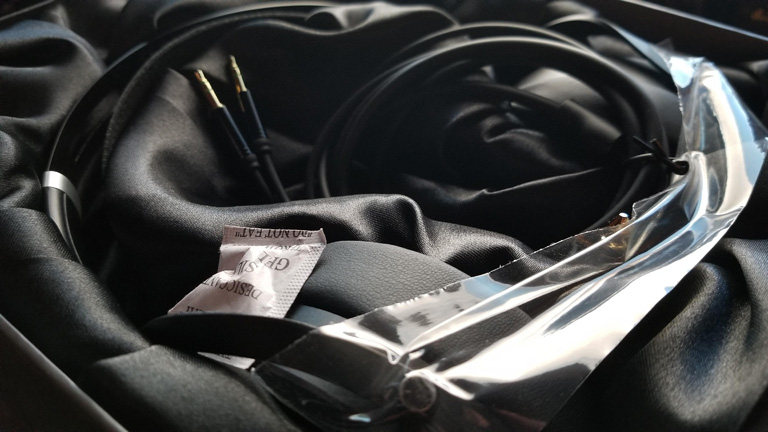 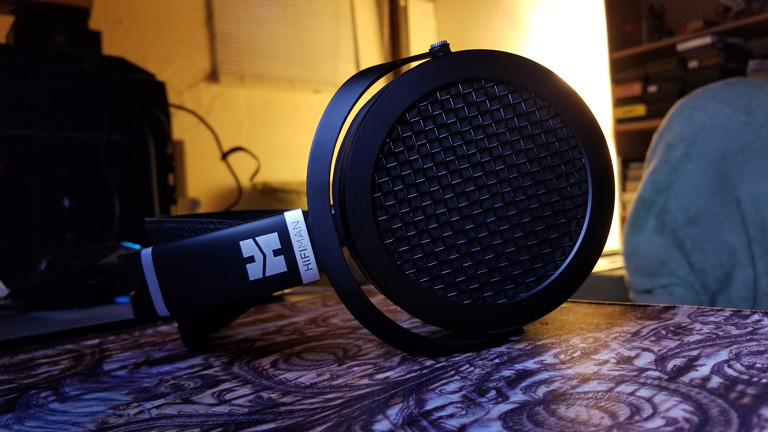 Sundara may be the best-built headphone I’ve ever tried. It’s sleek, comfortable, and tightly constructed. Nothing rattles or moves when you don’t wish it to. It holds firm to your head, but does not crush the skull. Sundara is wrought of strong aluminum and leather-like materials. I don’t know if it’s genuine leather, but there is unquestionable quality and elegance. The headband is flexible and textured, and the earpads possess remarkable softness. When you find the right slider setting, Sundara disappears from your conscious, allowing for hours upon hours of effortless listening. 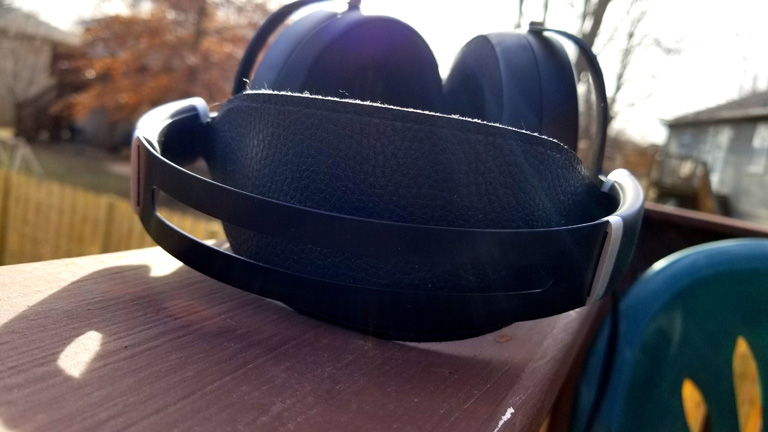 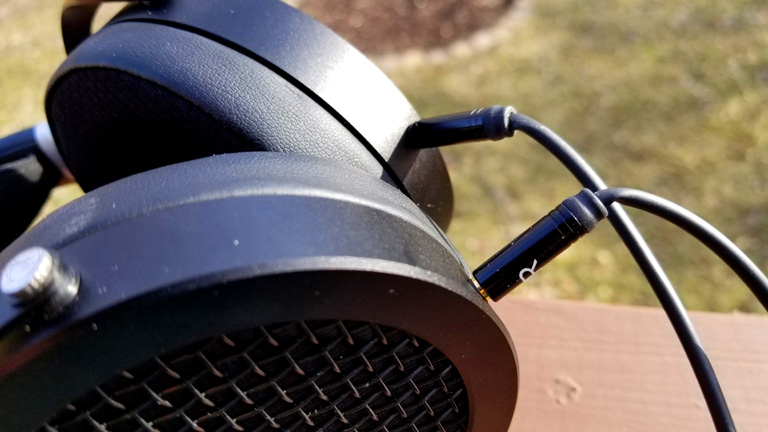 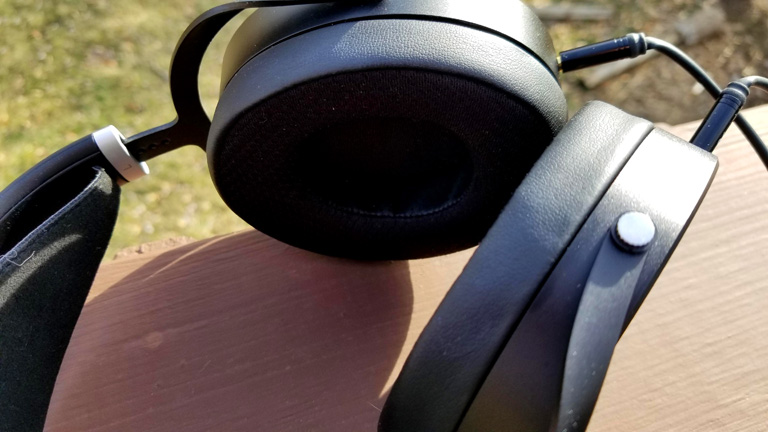 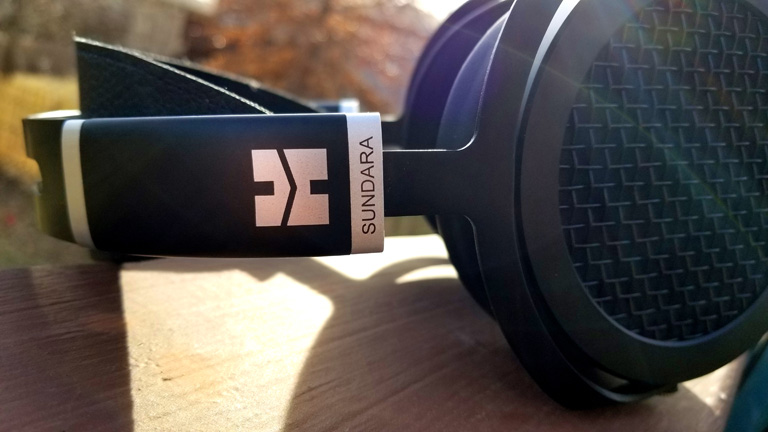 Sundara utilizes planar magnetic drivers, a technology with which HiFiMAN has much experience. Their all-new diaphragm is called the NsD (NEO supernano Diaphragm), and is now as thin as 1 to 2 microns. What does all that mean? Outrageous transient speed and a breathtaking 6hz-75Khz frequency range. In other words, serious performance.

My one complaint is the cable. It has a bit too much attitude and doesn’t drape as flat as I’d like. Still, it’s far from the worst offender, and I don’t mind it terribly. Though, a balanced option would be nice.

The HiFiMAN Sundara is reference-quality neutral. It wields a clean, colorless blade, and cuts swift and precise. It lacks nothing. Nor will you find excess on any flank. The balance leans neither warm nor bright, while delivering a very natural, easy listen. Sundara has an almost relaxed presentation, though not quite. It sits somewhere between energetic and laidback.

Treble notes extend to the highest possible reaches, giving the stage all the air and articulation you could ever want. This helps to create some of the most lifelike sounds I’ve heard from a headphone. With all this extension, things could go awfully if HiFiMAN spiked the treble like they have sometimes done in the past. I remember being unable to listen to The White Stripes on the RE800, as cymbal clashes and guitar screeches were literally painful to the ears. Sundara does not suffer this flaw. High-flung notes, even reckless, savage ones, remain well within tolerance. But do not think Sundara lacks bite. My DSD copy of Salvatore Accardo – Antonio Vivaldi Le Quattro Stagioni has all the sharpness and eloquence those violins are capable of. As I said, these cans are reference quality. 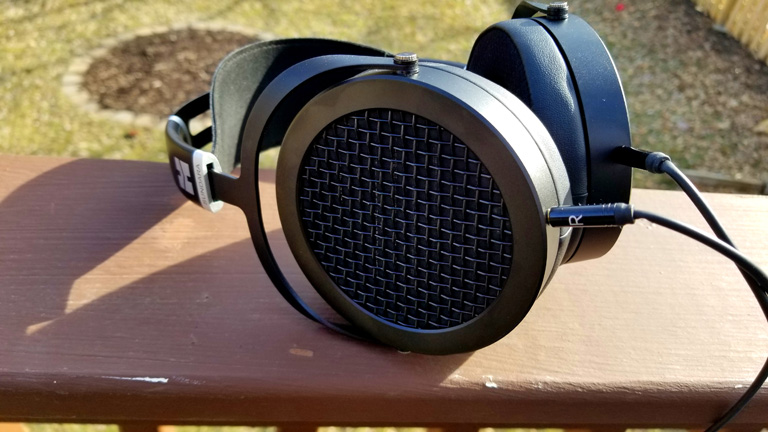 Vocals are displayed naked, stripped of color, all their texture, idiosyncrasies, strength and flaws, exposed to the listener. They have no great body or roundness. But they also do not feel hollow. Personally, I like a bit more warmth in the singer’s voice, though I recognize Sundara is the truer form of neutral. Instruments have a natural timbre and showcase power, without becoming too weighty. Likewise, electric guitars are agile enough for that satisfying crunch, without straying into abnormal levels of brightness or aggression.

The bass is bound to be the area of most complaint. In case you missed it, Sundara is tuned for reference and neutrality. Because of this, there is less bass than many headphones on the market. And yes, there is less than I am used to. I prefer a slight mid-bass hump to create a touch of warmth and body to the notes. While Sundara does not do this, it makes up for it with perfect quality. Those sub frequencies convey a flawless tone which makes you forget you’re listening to headphones at all; it sounds so real! The low-end extension is outstanding! This sort of profile also helps with overall speed and detail. Sundara’s bass may not blow you away with quantity, but it strikes hard, rumbles deep, and renders the lows in full resolution.

Soundstage is decidedly cubical, with equal width, depth, and height. While it’s not huge, you won’t likely feel claustrophobic. It’s big enough to enjoy the instrument separation, which is profoundly clean and well-defined. As is the imaging. These cans are high-res monsters, bad-ass performers, and you simply can’t hope for much more than they offer. Detail, sharpness, transients… Sundara delivers the goods, and then some. 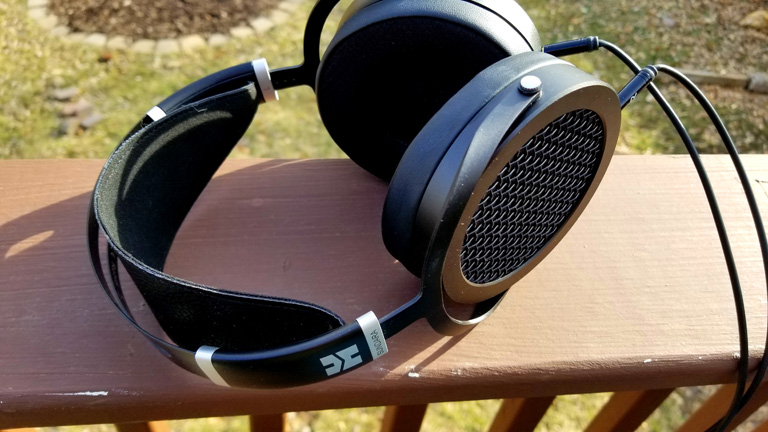 iBasso’s SR1 ($499) makes an excellent comparison. Although it may use vastly different driver technology, it stands strong alongside Sundara. In comfort, it is nearly Sundara’s equal, though I may give it to HiFiMAN by a hair. Especially if I count microphonics, which iBasso is plagued by.

As for tuning, SR1 is more v-shaped, with elevated bass and treble, and slightly recessed vocals. It’s a mild v-shape, though. The singer is not pushed too far back. Maybe just a step and a half compared to Sundara, who keeps them right in front of you. The SR1’s low-end pounds and blooms and feels less controlled. On the other hand, it can sometimes be more satisfying, for Rock in particular. The treble, however, is less enjoyable, as it can be a tad bright and unnatural compared to Sundara’s smooth and perfectly organic highs. Apart from their placement, the vocals share a lot in common, both very detailed and transparent. Though, the SR1 gives them a hint of warmth and body, thanks to an abundance of mid-bass.

Soundstage may be slightly wider, but shorter, on the SR1. And because of the v-shaped signature, you may perceive some extra depth. Separation is fantastic on both, though I could give Sundara a little extra credit there. But really, it’s a close call. Resolution, detail, articulation… you can’t go wrong with either. They are top performers.

The SendyAudio Aiva ($599) is another perfect comparison. All three of these cans sit around the $500 mark, and each fights tooth and nail to be taken seriously. Not a one of these is a lemon, and I’ve spent many lovely hours basking in their brilliance.

Aiva is tuned more like Sundara than SR1, aiming for clear, resolving neutrality. The bass and mids seem perfectly flat to my ears. Where it differs is in the treble. A lower-treble bump is present, creating a subtle, artificial shimmer which affects the highs and the mids. You could call it sparkle, but however you word it, compared to Sundara, it simply sounds less natural. Sundara is all around smoother and more lifelike, and I’d bet money it extends further. Even Aiva’s bass, which is quite pleasant, doesn’t feel as whole and complete. Soundstage is nearly identical to Sundara, and things like imaging and separation are stellar. As is resolution. Comfort I’d give to Sundara, though to be honest, I have no complaints with Aiva. Neither one should trouble you during long sessions. Aiva may struggle to beat Sundara in performance, by a VERY small degree, but it makes up for it in aesthetic beauty. I’m a slut for wood, and the craftsmanship my SendyAudio is inarguably marvelous. And they have the best cable of the lot. 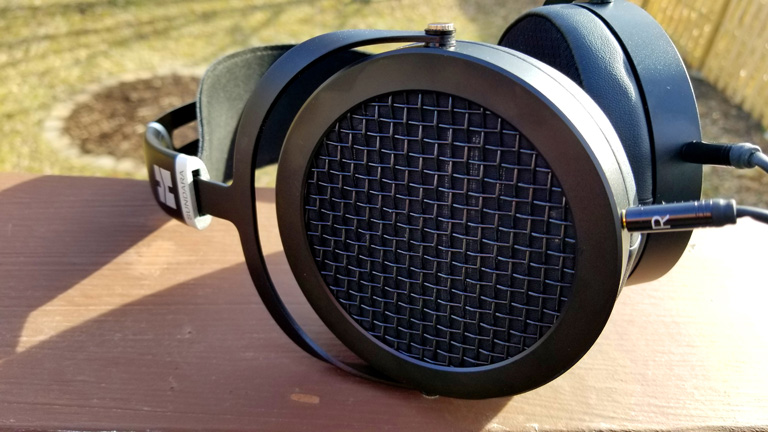 Since the HiFiMAN Sundara is so bloody neutral, I would recommend finding a robust and at least slightly warm-sounding source to help filler her out. If your only concern is transparency and resolution in a source, Sundara may come off thin to your ears. You definitely want some meat on your DAC’s bones.

My principle source during this review was the 2016 build Audio-GD NFB-28 (around $800). For a SABRE DAC, this device is anything but bright. In fact, it remains to this day, one of the most natural, full-bodied Amps I’ve ever heard. Sundara dazzles when paired up with it, getting all the detail and revealing quality, while emboldened by the NFB-28’s raw power. If you’re a lover of neutral done right, this setup could easily be end-game. 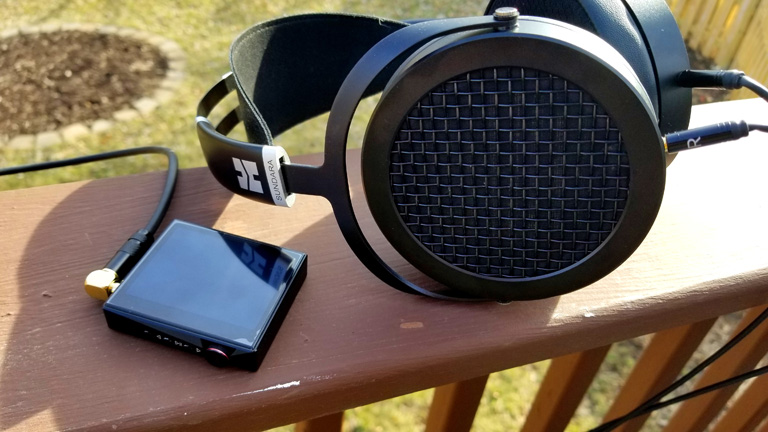 I also spent a good amount of time going mobile with the Hidizs AP80. It’s a powerful little box, and drove Sundara well. Though I won’t lie and pretend it sounded complete. AP80 is a rather neutral player, and as such, Sundara lacked some of the warmth and body I got from the desktop amp. Still, for the price and size, it was more than enough to have a splendid time on the back deck as I smoked a hand-rolled Olivia.

If you really want to enjoy Sundara to its fullest, or nearly to its fullest, and in a mobile configuration, then go for the iBasso DX150 with AMP7. The high-current AMP7, combined with the meaty tuning of the DX150, fills out Sundara almost as well as my desktop amp. You’ll need to run her close to maxed, but the results are well worth it. Sundara sounds clean, crisp, and transparent, without any sign of thinness. Listing to Pink Floyd’s Wish You Were Here, this setup performed so majestically, I might as well have been on TOTL gear. 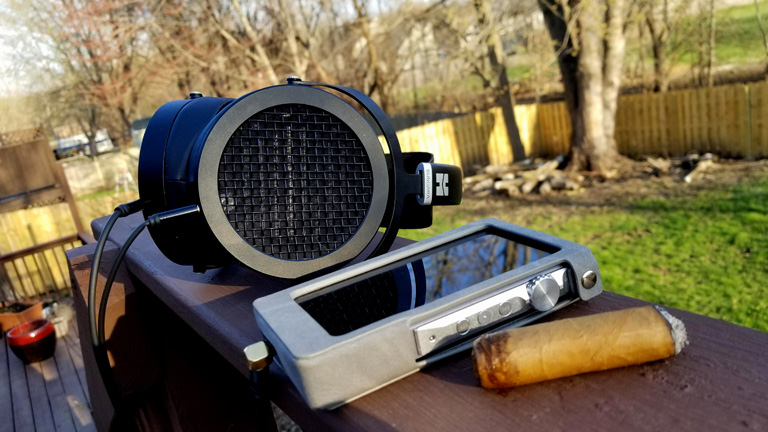 I genuinely didn’t know what to expect from the HiFiMAN Sundara. I found a masterfully tuned, reference-quality headphone which demands respect, whatever your signature preference might be. Sundara is flawlessly designed, perfectly comfortable, with remarkable sonic dexterity. It is, to put it quite simply, one of the most impressive headphones I’ve ever seen, heard, or handled. HiFiMAN has created an instant classic. 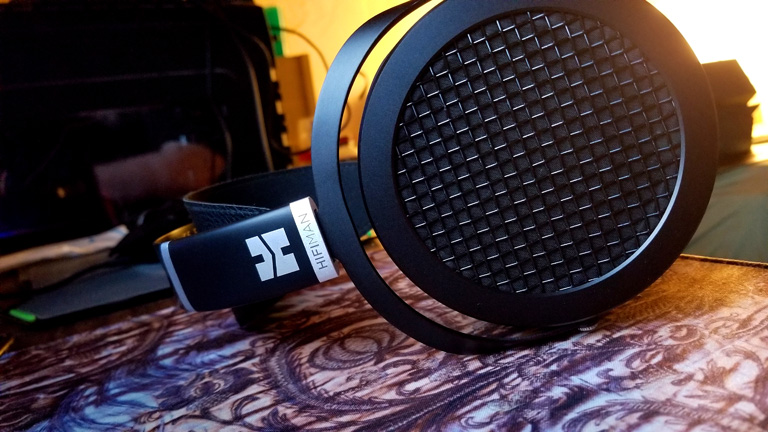